I know my opinions are likely to be perceived as controversial.

Concepts described in this thread are like a buffet - pick what you like. If you have thoughts and opinions about something - please let me know - I’m openly sharing my thoughts (my genuine thoughts, not playing devil advocate) to facilitate more feedback.

Redesign of a ballot page

Previously there were two boxes: leave and remain.

With the A4 paper format, we can include some additional information.

In the time before the vote, there will be some politics and back-and-forth:

This is the chance for negotiators and politics to shine. What is the agreeable version? Presenting verified, factual knowledge - both sides of the dispute fact-checking and agreeing on the consensual version of reality. 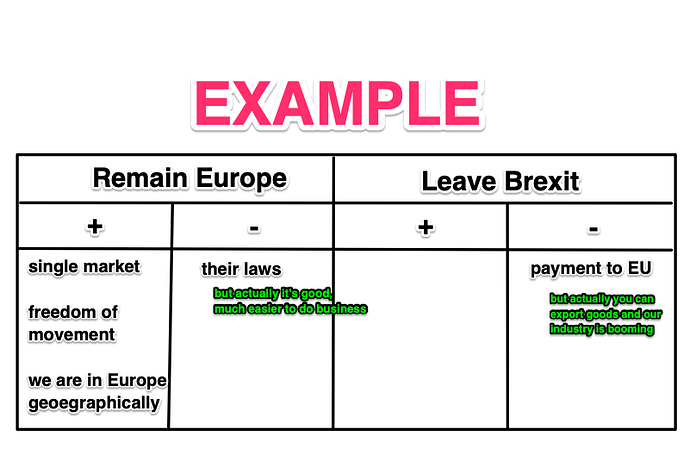 Someone could dispute each of these arguments and in such case, the disagreement will be highlighted as well. Pretty sure there will be a lengthy process, lengthy back-and-forth but that’s what politics is all about - negotiating and ensuring all the interests are taken into account.

Once it is done - the society will have a chance to make an educated vote - having the full confidence that all the most important factual information is well-researched and cross-examined. 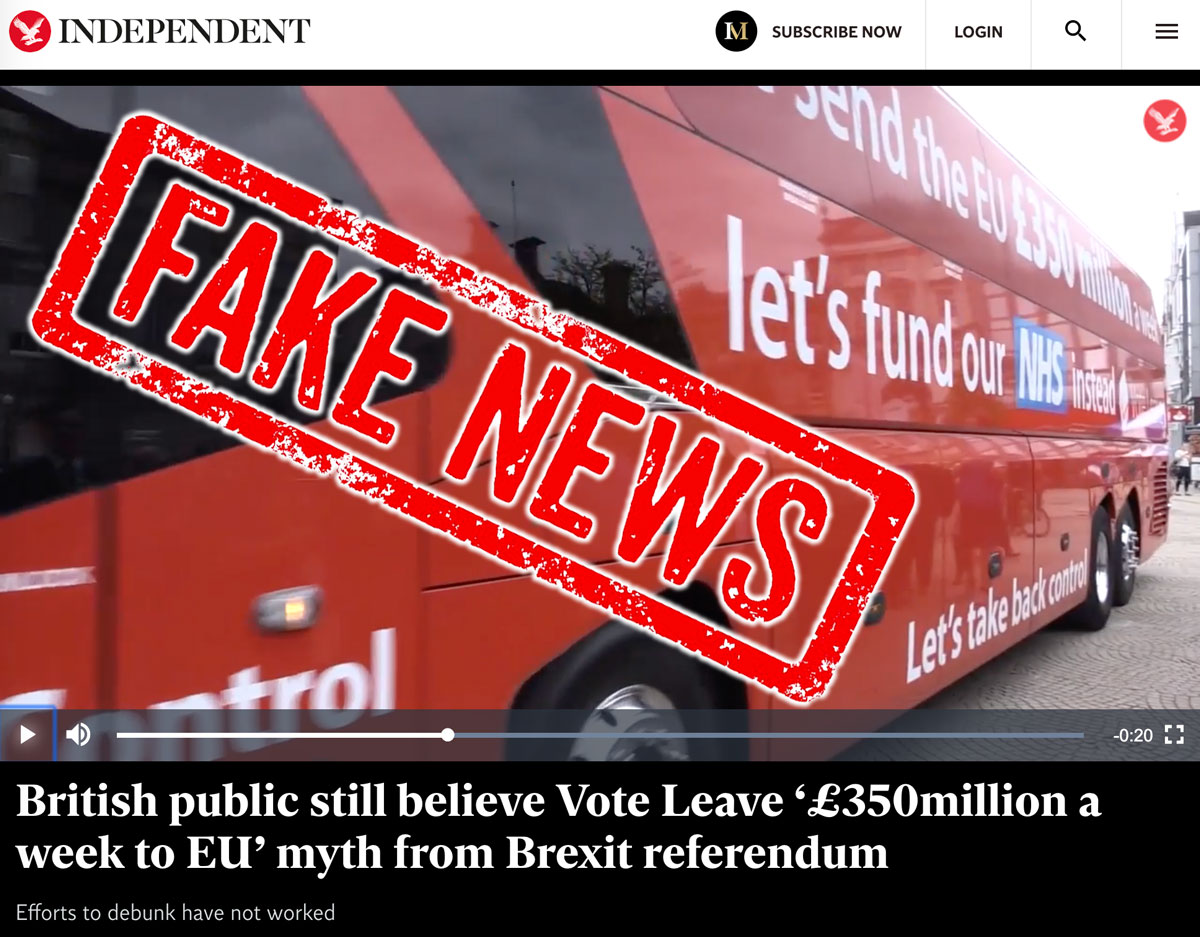 Efforts to debunk have not worked

A supermajority or supra-majority or a qualified majority, is a requirement for a proposal to gain a specified level of support which is greater than the threshold of more than one-half used for majority. Changes to constitutions, especially those with entrenched clauses, commonly require supermajority support in a legislature. Parliamentary procedure requires that any action of a deliberative assembly that may alter the rights of a minority have a supermajority requirement, such as a two-third...

If something is small and easily reversible, 20% consensus is OK.

You want to paint your bike shed red? No worries, 1/5 members of the family (you) can make a decision.

United Nations consensus is 100%. Saudi Arabia can block everything.

(the highest CO2 per capita, death penalty for using WhatsApp or being gay)

Here is my attempt to provide actionable policies:

➡️ https://genesis.re/book/ https://rebellion.earth/the-truth/faqs Do you understand how bad things are? If so what is stopping you from making the changes that are needed? We are focussed on developing a mass movement of civil disobedience and we...

Everything starts with improving the consensus mechanism. Without it, it will be extremely difficult to make any timely decision.

99% we can make a decision instantly. After 24 hours the consensus threshold goes to 95% and so on. After 2 weeks (final deadline) only 67% is required. During that time there will be a lot of negotiation, I do this, you do that, we will be all held accountable.

(check the Google Doc, it has more details on that subject)

In principle, I’m a big supporter of freedom, at the same time, even I have some limits. I’m seriously concerned about “fake news”. Previously I posted the proposal - https://forum.kleros.io/t/feature-request-ability-to-mark-evidence-as-fake-news/247/4 Now I suggest “fake news” prevention mechanism to be extended. At the same time, I’m worried that will create another 1984: https://en.wikipedia.org/wiki/Ministries_of_Nineteen_Eighty-Four#Ministry_of_Truth That’s why thinking about the right i…

https://en.wikipedia.org/wiki/Hybrid_warfare
Hybrid warfare is a military strategy which employs political warfare and blends conventional warfare, irregular warfare and cyberwarfare[1] with other influencing methods, such as fake news,[2] diplomacy, lawfare and foreign electoral intervention.[3][4]

In the mid-term (something like 30-40-50 years) I thought BREXIT is actually good. I thought that EU is going to collapse and by leaving, the UK will gain.

Prior to the 18th century, the average life expectancy of people was between 26 and 40 years.[2][3][4][5][6][7] Due to this, only a small percentage of the population were reaching an age where physical impairments began to be obstacles to working.

In 1883, the German chancellor, Otto Von Bismarck, in a maneuver against Marxists who were burgeoning in power and popularity, announced that anyone over 65 years old would be forced to retire and that he would pay a pension to them.

Only later, as I presented my views to others I was able to understand better the arguments of both sides.

With BREXIT vote there are two options:

It’s perfectly possible to be 80% about something.

There are various tools are various models, for example: https://www.getguesstimate.com/models

There is a 40% group of people who is very committed, for them it’s a lifechanging, super important, they are campaigning about the usse,. An example could be Extinction Rebellion, fully committed to achieving Net Zero CO2

10% are beef farmers, oil and gas, finance (as long as it legal and profitable, certain processes will continue), business as usual.

50% are rest of the society. Cheap flights to Spain cool. 1kg of beef to be priced at for £7 great. But we are they are OK to accept some short term sacrifices.

They are leaning towards one option but given the seriousness of the situation, they are OK to accept the other one. If we could weight the votes, 100% commitment is more convincing than 60-40 maybe we could be more efficient with decision-making process.

Us telling the government to TELL THE TRUTH and ACT NOW?

I’m totally OK for us to become the government.

I haven’t tried yet it at scale: https://discourse.citizensassembly.org.uk/t/has-anyone-tried-democracy-earth-in-practice/110

I have no idea about abortion. I’m not a doctor. I’m not a pregnant woman who has been raped and is the newborn baby is likely to have such and such disease with life expectancy of 3 years.

I delegate my vote in the matter of abortion to a family friend who works as a midwife in a hospital and has a much better understanding of the issue. 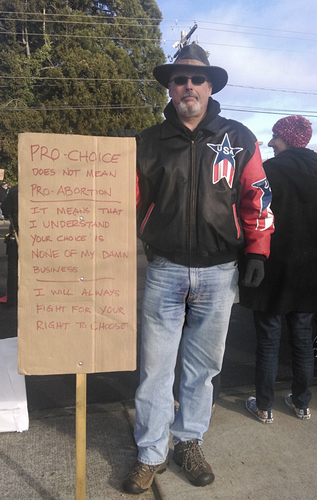 XR is a decentralized organization, movement of movements, I pledge to obey the guiding principles.

I’m not here saving some pandas (nice to have) 5000 miles away. I’m not into protesting, even though I admit NVDA (non-violent direct action) is an efficient way of getting media and government attention. My main goal is to survive, survival is built into DNA evolutionary strategy and I’m strongly encouraging everyone to obtain factual information.

My attempt: https://tellthetruth.media (how can you define truth, that is the questions)

“fake news” is nothing else than hybrid warfare, the technology used by Cambridge Analytica has export restrictions for that reason. Linking to my blog post once again, thinking about incentive design for “fake news” prevention:

I’m totally fine with both remain and BREXIT, I’m not OK with using war mechanism to manipulate people.

Have you seen “The Great Hack”?