The Ethereum Name Service (ENS) will be a pillar of the blockchain world and web3 due to its primary function as a decentralized DNS alternative on the one hand, but also as an important source of public funding thanks to yearly registration fees that could reach into the billions of dollars yearly if it ever exceeds the level of popularity of .com domains (over 100 million addresses). I believe Kleros and its ideals could benefit the ENS DAO, hence this proposal to act as a delegate for any Kleros stakeholders or supporters who own ENS tokens and wish to delegate their votes a like-minded fellow juror.

As an ENS delegate, I will seek to represent the interests of the Kleros community within the ENS DAO, but only of course insofar that these interests are symbiotic with those of ENS. That is to say, I will support proposals that seek to solve real problems in the ENS DAO with Kleros when appropriate but I will never put the (financial) interests of Kleros above those of ENS since the purpose here is to ultimately benefit ENS.

I support the core principles of the ENS constitution:

I would also support the use of Kleros to oversee the allocation of one- and two-character domain names so as to counter bribery attempts or collusion amongst the largest delegates.

Regarding the funding of pubic goods using the ENS treasury, I would vote to support projects making use of or otherwise benefiting Kleros.

Before committing to a vote I will inform the Kleros community of my decision on the telegram channel and the forum and stay open to feedback, and in case I am unsure how to vote I will seek feedback from the community directly.

About myself: I have been a supporter of decentralization and privacy technologies for over a decade and have strong opinions about what constitutes a truly decentralized system. I consider myself to have a good technical understanding of blockchain technology, have a fairly strong coding and CS background, and have dabbled in smart contract coding. I have been involved in Kleros for almost a year as a user and juror and strongly support and believe in the project.

As an aside: As has been noted in the telegram group, it might be interesting for the Kleros cooperative (or better, the DAO) to hold a stake in ENS or other pillars of the Ethereum ecosystem in its treasury. Feel free to discuss this matter here too.

I like this. You have my support, Mizu. And I encourage other members of the community to delegate votes to you on ENS.

Thanks for the support, Federico. Much appreciated. No one’s delegated yet, so I might post a reminder on telegram at some point and see what happens. 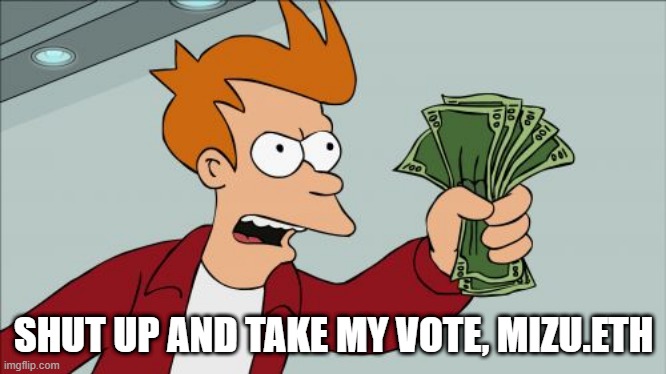