Have you ever thought of 10% of ruling fees going to Kleros cooperative community fund?
Ensuring long term prosperity of the project.
Currently it feels like work is sponsored by original ICO (ETH) and PNK…
I think it’s OK to recycle 10% of the fees back to Kleros.

For now, there is still a significant part of PNK which are reserved for future funding. But in a more distant future this could be an option (among others).

Issue: Only the disputing / challenging / appealing party should pay the fees?

I am a participant in an experiment: https://tokens.kleros.io Invested some ETH and wasn’t careful enough. It was a worthy investment as it enabled me to discover what is it like to be part of the appeal and experience the process.

Even though you paid the deposit, even though jurors voted in your favour, you’ll still have to fund 0.91 ETH appeal and you will always lose to someone who has way more ETH as they are able to outspend you anyway in the next next next next round of appeal.

Currently there is not enough traffic on the website, not enough adoption, not enough education and understanding about game-theory incentives

It is unlikely to expect strangers on the internet to throw ETH into experimental pilot and become a party n the middle of a heated internet debate.

(some users on Telegram disputed the 3. statement as they funded the appeals of complete strangers)

https://t.me/kleros/54422 - “Of course game theory is extremely useful to understand and predict how rational agents should behave.” - Do you remember Gnosis ICO? 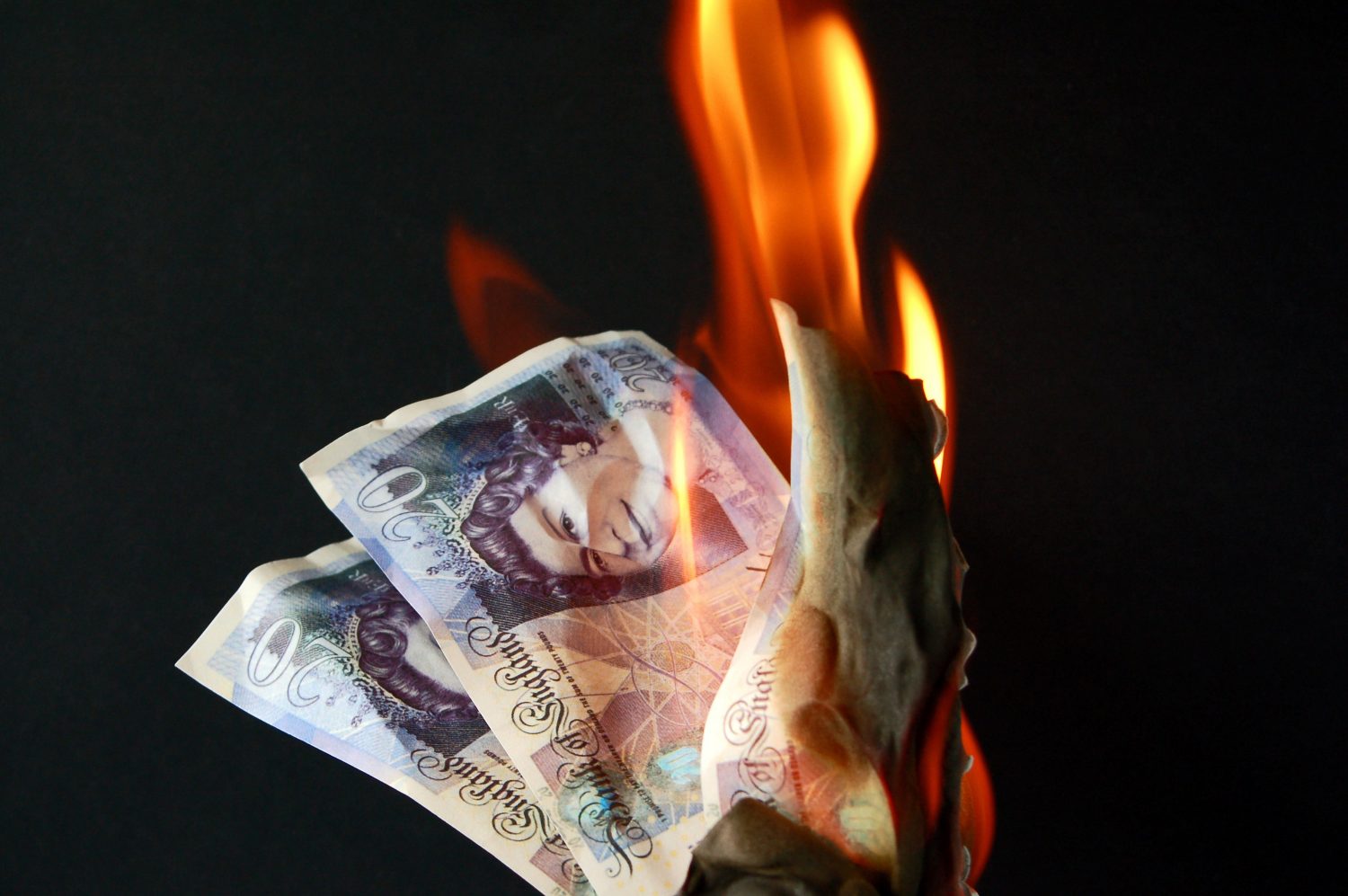 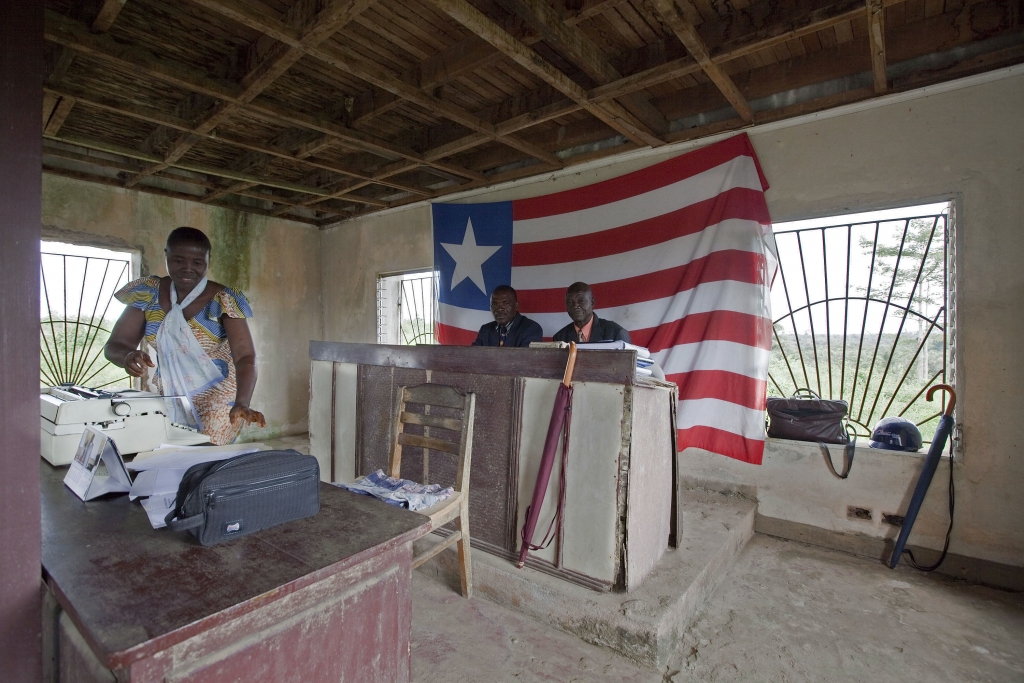 Access to Justice - United Nations and the Rule of Law

Access to justice is a basic principle of the rule of law. In the absence of access to justice, people are unable to have their voice heard, exercise their rights, challenge discrimination or hold decision-makers accountable. The Declaration of the...

Access to justice is a basic principle of the rule of law.

Access to justice cannot be prevented by not having enough ETH to fund the appeal in the crowdfunding process.

There could be any number of reasons

It could happen that initial juror ruling was wrong and the appeal will win, KCCF DAO will lose the appeal funding fee, especially in the light that original litigant and community did not fund the appeal.

It’s the price worth paying anyway.

As a participant in the Kleros community, I want voluntarily pay 10% to the fund to ensure that frivolous litigants will always face the justice - it is in the best interest of the system, Kleros, justice.

The respondent in the appeal process can fund the appeal fees themselves.

In that way, they will be eligible for all the payouts.

The KCCF DAO should kick in only after these two periods have elapsed.

User Will on Slack replied:

Isn’t there a room for attack? Let’s say a bad actor tries to slip in a trojan submission and he uses another address to challenge himself
If the submission successfully passed, he can appeal it and now finally reveal the trojan, leading to the rejection off the submission and thus getting free money from the DAO

TODO: analyze what is the ratio in the current cases. Potentially it will be a number between 25% and 75%. If too little or too many appeals are won it means that something else is wrong.

It is possible that based on this post, a game-rational 3rd party will create an insurance service. The cost of arbitration is 20% higher, but in case of any appeal, the service handles it all the way without your involvement.

10% fee can be discussed separately, it can be a separate proposal.

I believe that 10% fee and funding appeals are conveniently bound together, creating beneficial game-theory incentives for the ODR (online dispute resolution) system as the whole:

Some initial feedback from Telegram conversations…

Personal opinion (user of the system)

Me, as a user of the system…

EDIT: Removed one bullet point that could be easily misinterpreted out of context, sorry for the inconvenience caused.

Whether I win or not is not important. I know I’m taking part in the experiment and I want the system to be resilient, anti-fragile. Here is the issue on GitHub: https://github.com/kleros/tokens-on-trial/issues/31

"Even though you paid the deposit, even though jurors voted in your favour, you’ll still have to fund 0.91 ETH appeal and you will always lose to someone who has way more ETH as they are able to outspend you anyway in the next next next next round of appeal”

At the same time, there could be any number of issues (outlined in the original message) why rational participants of the market may not do this.

Probably my biggest worry - ETH whales with outspent capacity deciding which cases get funded - it will be them effectively making the decision, not the qualified jurors with the expertise in the relevant field.

To be discussed, to be established.

Recent update to the UI

Now it is much more obvious what is happening in the current state:

If the loser is fully funded, the winner of the previous round should also fully fund the appeal, in order not to lose the case. 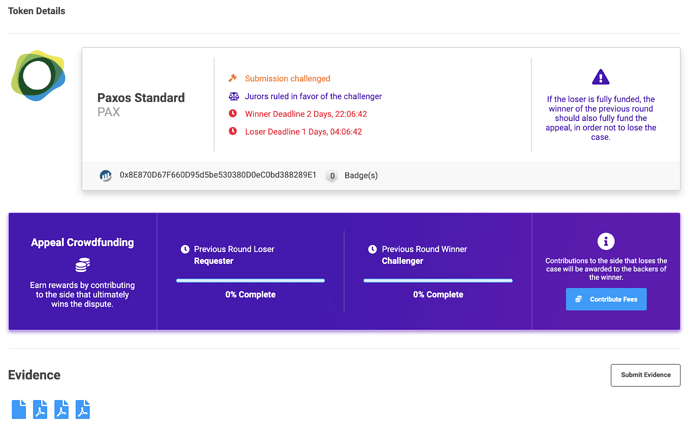 It is appreciated that wording has been updated but I still have doubts about rational game-theory incentives, access to justice and all other points mentioned in this thread.

Excellent posts, ideas and info here Michal. I think it’s an extremely interesting proposal and one we will likely see a lot of discussion around.

Fully agreed in general however, in Kleros’ case I don’t think it holds true as there are no further profit making mechanisms after cases are closed. No data is provided or held on jurors nor would there ever be anything to sell (if we wanted) to further entities.

I don’t see Appeal Fund as “tax”. I see it as resilience, longevity, antifragile, insurance against frivolous whale litigants.

In the blockchain realm you pay fees.
Gas is a fee.
Arbitration fee is a fee.
Jurors stake PNK and get rewarded in ETH.
Someone who is unhappy can challenge the decision and pay fee.
As you see, money is moving left and right.

It’s a freedom baby. I voluntarily decide to dedicate 10% of my fees towards customer service and what not (anything and everything really) to ensure resilience and longevity of the system.

If a case has potential merit of winning in appeal, people should be willing to fund it anyway. It’s the ones that bring a pessimistic likelihood of success with them that are the most likely to go unfunded. But the fund throwing money in cases like these would essentially just be burning its money.

Jurors should make the decision

Probably my biggest worry - ETH whales with outspent capacity deciding which cases get funded - it will be them effectively making the decision, not the qualified jurors with the expertise in the relevant field.

ETHWHales should act in their best interests, funding cases which are going to lose is bad from a financial perspective.
You could make a fund to fund appeals, but there is no need of a juror tax for that.

ETHWHales should act in their best interests, funding cases which are going to lose is bad from a financial perspective.

I keep hearing the same argument over and over again.

I’m totally aware of that.

And keep saying the same rebuttal over and over again.

It won’t be jurors (qualified entities who sign up to specific court) making decisions.

It will be ETHWHales who will decide which cases will get the privilege of being evaluated by the jurors.

See also original post about any number of potential reasons why game-theory rational incentive appeals will not get funded. The reason on top of the list:

Cases with no consensus, conflicting views, no clear outcome will not get funded. Such cases require more work, careful analysis, in-depth scrutiny by the jurors - as only jurors, specific to the court have enough expertise to evaluate.

On the opposite side of the spectrum, there are cases with a predictable outcome where funding an appeal is likely to win money - but why such and such decision in the first place? (beyond scope of this post)

I have not used that word anywhere in the proposal.

Well you can put it to vote but: 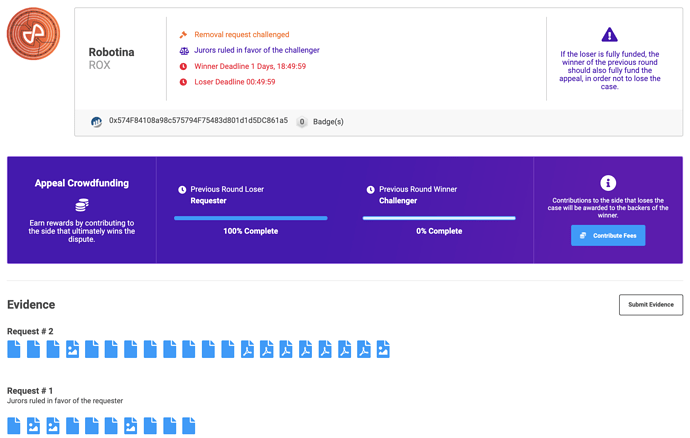 It would be nice to have more clarity regarding the timeline, see this issue: https://github.com/kleros/tokens-on-trial/issues/26

Here is my attempt to explain

Who will fund the appeal?

What if there is yet another around?

What it ETH whale has more than 51% of total ETH supply? (just kidding)

What are the monetary incentives of funding the appeal? (what is the risk reward ratio)

Very interesting case indeed. Not just the case itself but the policies which have been brought into question due to this case.

In this case, the question of who will fund the appeal is an open one but there are some incentives to do so if the original applicant believes there is a chance to over turn the current ruling. Either through new evidence or argument.

If so, the potential ETH winnings would be quite nice.

Most recently voted round with 31 jurors

Current round of crowdfunding (clock is ticking) 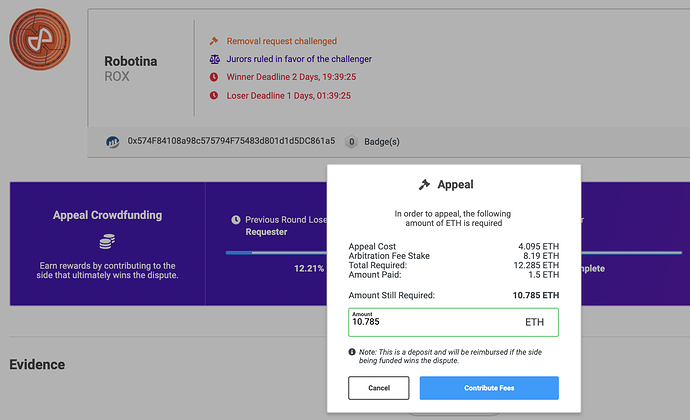 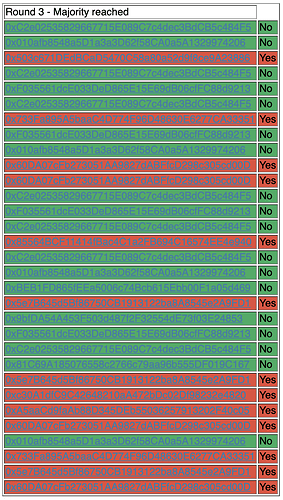 It was 13-18 in votes but 6-7 in unique addresses, just like https://en.wikipedia.org/wiki/2000_United_States_presidential_election popular vote.

How deep the rabbit hole goes?

Will we see another round?

Will this experiment help us get meaningful conclusions?

The dollar auction is a non-zero sum sequential game designed by economist Martin Shubik to illustrate a paradox brought about by traditional rational choice theory in which players are compelled to make an ultimately irrational decision based completely on a sequence of apparently rational choices made throughout the game. The setup involves an auctioneer who volunteers to auction off a dollar bill with the following rule: the bill goes to the winner; however, the second-highest bidder also los...

Jurors ruled in favor of the other party, not the challenger

It’s just the fact that the winning party did not supply enough ETH to have the privilege of getting a fair trial.

As highlighted in the initial post, there could be any number of contributing factors, not always related to justice, truth, fairness:

3 transactions that funded the appeal:

4 transactions that funded previous round:

In the current shape there are incentives for group of Kleros power users to come together and discuss behind closed doors and evaluate if there is money on the table: 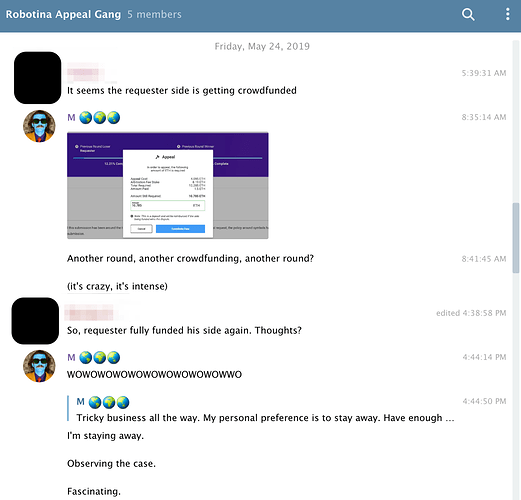 Access to justice shoudl not be the privilege of a few.

To get majority of the votes and lose because someone else outspent you… F••k that shit, I want to become 1% as well: https://en.wikipedia.org/wiki/Plutocracy